People Get Ready: Head of COP26 Gives 200-Strong Aspect Audience the Inside Track on Maximising the Opportunity

Scottish business leaders are overwhelmingly positive about taking part in COP26, but a substantial majority feel unprepared to exploit the opportunities to the maximum.

Those were the key findings from polls conducted among over 200 delegates at our virtual event, Countdown to COP26, that we held last week ahead of November’s United Nations Climate Change Conference in Glasgow. As Scotland’s largest city readies itself for hosting one of the defining events in human history, senior figures from the energy industry, academia and government joined an online conversation with the key players in COP26 to discover how they can participate, and contribute, effectively.In a stimulating hour-long discussion, rated as ‘excellent’ or ‘very good’ by more than 80% of attendees, the Scottish Government’s Kersti Berge, director of climate change, and Gerard Howe, head of COP26, shared invaluable and actionable insights into how Team Scotland can position itself to take advantage of the summit. 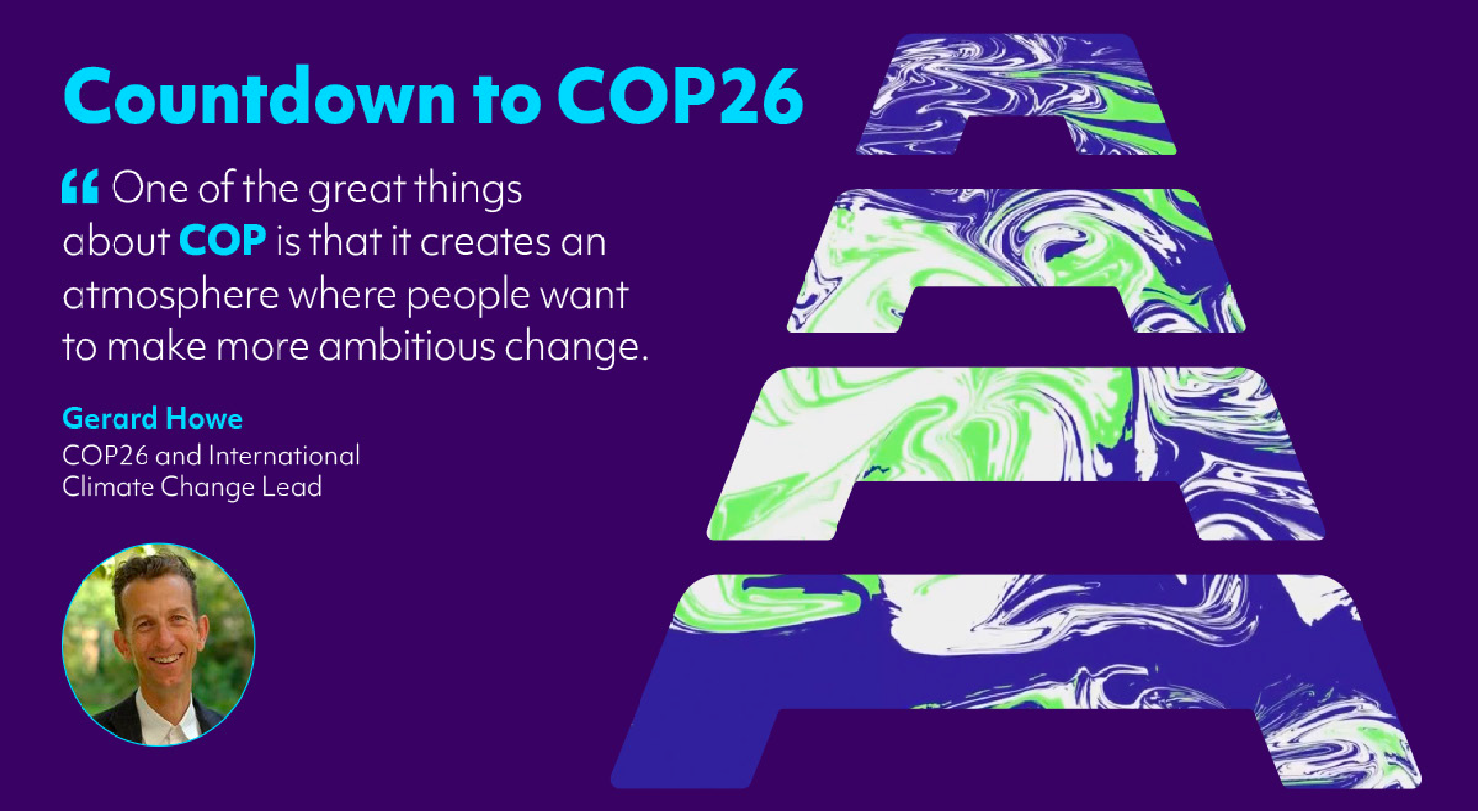 As many will already know, it will bring world leaders and climate specialists from 197 countries to Glasgow for a fortnight and see the city’s impressive Scottish Events Campus transformed into United Nations sovereign territory for the duration. It is the single biggest summit that the UK has ever hosted, and represents a fantastic opportunity for Scotland, and the nation’s businesses to not only showcase the progress that has already been made, but to discuss and learn how we can do better.During the lively and interactive seminar, organised and hosted by Aspect, the strategic communication consultancy, delegates were given a compelling and candid first-hand overview from Kersti on Scotland’s accelerating progress towards creating a net zero economy, achieving our climate ambitions and fostering a just transition and more inclusive society.

Gerard pointed out that COP26 brings great opportunities and responsibilities for Scotland. “It’s where we look at ourselves as a whole world and ask whether we are meeting our promises.”

Gerard shared the Scottish Government’s exciting plans for the summit and gave excellent practical advice on how companies, councils and communities can get involved.This was well-received by the audience as polling by Aspect revealed that while 85% of participants were actively planning to get involved in COP26, 62% of them currently felt unprepared.

Noting the levels of interest and unpreparedness, he compared participation to a vast dance hall where most people are standing around the walls waiting to see if others are going to dance first. His message was clear: “Let’s all get on the floor.”Stressing that it was doubly important for Scotland to lead by example and create the right tone for the event, by showing leadership, ambition and community spirit, he outlined the government’s four objectives for the conference:

At the same time, he noted that from a reputational point of view it was vital to “mind the gap” between promises, anticipation and delivery: “At what is effectively a huge festival of ideas on climate change, we should be seeking to maximise our contribution, our influence and our positioning.”In response to delegates’ questions, he said that the best thing they can do is ask themselves what they want to achieve with COP26 and what does it offer them beyond business as usual: “To get the most out of COP26 there are three asks: engage; commit; and contribute.”

Gerard is still planning on the basis of an in-person COP26 as he believes that has the best chance of delivering the best climate outcomes, but he confirmed that the conference will also be more digitally-based than previous events: “Nobody knows what the world will look like in November. Delegate safety is our number one priority which is why we are prudently planning for delivery.”

At its core is the ‘blue zone’, based at the Scottish Events Campus: This is where over 12,000 delegates, including world leaders, climate experts, activists, policy-makers and negotiating teams from 197 countries will debate how to make substantive progress on global climate change and achieving a zero-carbon world.

Beyond that is the ‘green zone’. This is a public space centred around the Glasgow Science Centre on the opposite bank of the Clyde from the Blue Zone. Imagined as a festival of ideas, the zone has a capacity for 3,000 people and will host a bustling array of country pavilions, stands and fringe events focusing on all aspects of climate change. Already, 4,000 applications have been received from corporations, NGOs and other agencies for spaces.

The final layer is COP26-related activities in the wider community – including marches and performances – across Glasgow city venues and university campuses as well as special events in Edinburgh, Dundee and Aberdeen. The digital aspect of COP26 helps span those boundaries seamlessly.

Both Kersti and Gerard were clear about the single key takeaway for delegates looking to make the most of this incredible COP26 opportunity and do their bit for future generations and the planet: “Think about what you want to achieve and tell others about it,” said Gerard. “Think about what you can do as an individual or employee to deliver on your climate commitments,” was Kersti’s rousing call to action.